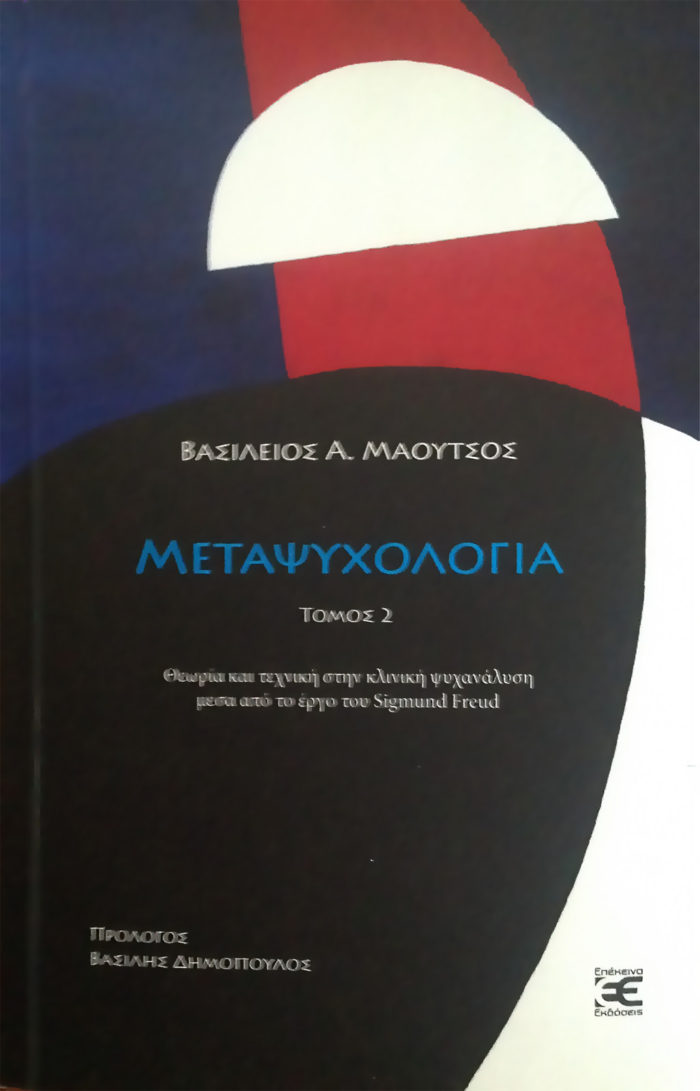 Summary:
In this Volume II Freud’s developing metapsychological thinking becomes even more profound compared to Volume I. With the passage of time we witness the construction of the mind as a system composed of a series of fantasies. However, these are gradually acquiring more and more real characteristics. Thus, condensed meanings like ‘transference’ and ‘counter-transference’ as well as many others of daily use like ‘civilisation’ and ‘jokes’ get a decisive role for the ego construction and survival of the subject. The underline force of this uncomparible phenomenon is described in scattered thoughts in the examined freudian volumes and is destined to become the inescapable oedipal presence in the analysis of ‘Neuroses’. In a more careful reading of the Freudian texts we also recognize how tentative ego extensions which fail to get synthesized (e.g in Dora’s case) end up in ‘psychosis’ or milder but equivalent states of borderline syndromes. As long as Freud followed consistently the metapsychological approach in his studies – something that in practice was not the rule – the psychoanalytic therapy is experienced by the patient as the route to normality rather than as a clinical therapeutic procedure.